Some time ago I stumbled across a number of 6K1B Penthode pencil tubes. Having a bunch of CK5703 pencil tubes lying around I decided to design a simple amp with a single preamp (CK5703) and an the 6K1B as power tube. Just to determine if a simple headphone amp was feasible. The first experiments worked out fine and I decided to design and build a (c)Fender Princeton Reverb amp using pencil tubes. I wanted to have a working Tube reverb in it and a working tube vibrato.

I used the original Princeton schematic and recalculated most of the resistor values as the amp works with 150V B+ voltage which is a lot lower than the average 400V+ voltages used in current guitar amplifiers. Also I had to redesign the Vibrato using a different tube. The CK5703 has a gain of about 17 which is to low to get a 3 stage Oscillator working (minimum gain 29). I used a CK5744 in this case which worked fine.

For output transformers I used a couple of Hammond 125ASE transformers. Way oversized (3W) but they don’t exist any smaller. For the power supply 2 transformers were used. One for the 6.3V filaments which I rectified and onve for the high voltage.  I used a 2 x 25V in series and fed that into a voltage doubler. With the current loads, the voltages are around 150V.

Here are some pictures of the prototype phase and the final amp. 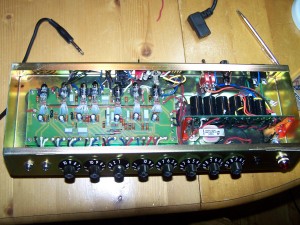 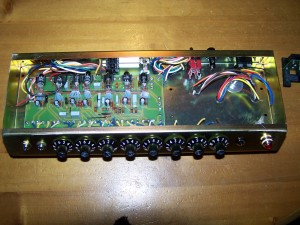 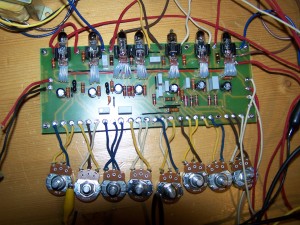 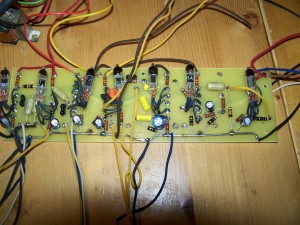 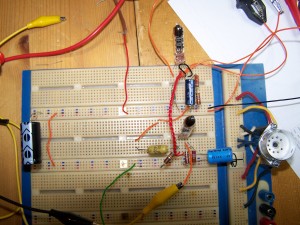